Thinking Of Moving: Guide To Cost of Living Merced Ca 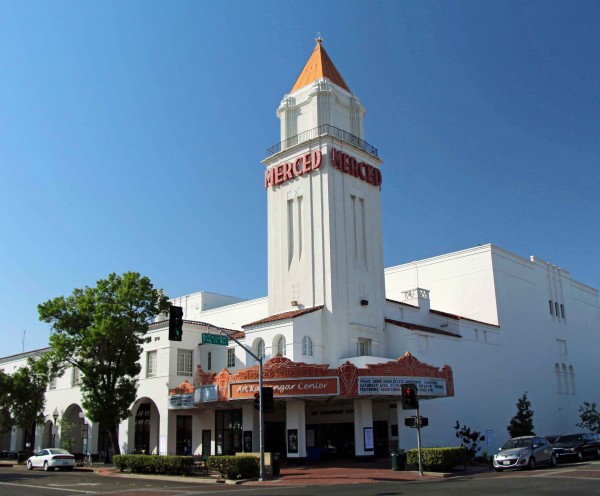 If you’re thinking of moving to Merced, California, you will be moving to the city with the lowest monthly cost of living in the entire state of California.

The cost of living in Merced CA is owed to its affordable housing market and low monthly expenses when compared to other cities in the area, and the national average.

This city in the San Joaquin Valley of California has been described as a welcoming place.

It also serves as a regional hub for various educational and cultural activities and it boasts many businesses.

So, how much will it cost you to live in this city per month? And how will this compare to other cities in America?

Below you will find all the information related to the cost of living in Merced, CA, including the price of housing, food, utilities, and education.

The city of Merced was discovered in 1806 and is named after the Merced River that runs through it.

The city is a popular living destination due to the variety of recreational activities and the number of naturally occurring lakes that are found there.

It is closely situated to the Yosemite national park and is home to the Castle Air Museum.  It is also characterized as an economic hub, due to the many restaurants and businesses.

It is no wonder this charming town has attracted more and more permanent residents over the years. But just how much will it cost you to live here? Let’s find out below.

Merced’s overall cost of living, in terms of goods, servicing, and housing is a whopping 30% lower than the rest of California.

This means that you can live in California for a third of the price you would elsewhere in the state.

The cost of living is about 3% higher than the national average, but this makes sense when considering that California is the third most expensive state to live in.

In fact, services in California are 15% more expensive than in other states in the US.

And living in a bigger city such as San Francisco means that your cost of living will be 86% higher than the national average.

Because of this, many people see Merced as an affordable entry into the state of California, and it has become an increasingly popular destination for families. In fact, the population of 81,461 people is 55% families.

Goods and services in Merced are found to be 12% lower than the US average and the area has a livability score similar to the rest of California.

This makes it a popular option for people who work or study in California but can’t afford the high cost of living in this state.

Price of Total Cost of Living

The total cost of living without rent will be $675 for a single person and about $2231 for a family of four.

The general cost of living is determined by assessing the cost of housing, utilities, transport, schools, healthcare, and childcare.

Let’s look at what each of these will cost you in Merced, California.

The average rent in Merced will differ based on where you choose to live, with rentals in the Merced Metro area being slightly higher than the rest of Merced.

For example, a studio apartment will cost you $766 in the metro area and $710 elsewhere.

A three-bedroom apartment will cost you $1591 in the metro area and $1474 in other areas of Merced.

In fact, housing is the biggest factor that brings the cost of living down in Merced, California. The average price of a home is $366,800.

This average will increase when you choose a more expensive neighborhood.

For example, the average price of a house in the upper-class neighborhood of Bellevue Ranch goes for about $404,300.

The mortgage interest rate for 20 years stands at about 3,64%. But, it should be noted that the average mortgage payment is 30% higher than the national average.

Recent growth in the property market is illustrated by a decrease in the number of days that a house is on the market.

All of these factors point to the affordable and flourishing property market in Merced, California, which is supported by the fact that the housing market is about 8% lower than the national average.

Housing is often the single most important factor when considering the affordability to reside in a certain location.

It has also been found that it contributes to less than 15% of total living expenses in the region.

If the figures above are anything to go by, Merced seems like a good option for someone who wishes to stay in a permanent home in California at a more affordable price.

Like most elements, the cost of food and groceries is slightly lower in Merced than in the rest of California, but slightly higher than the US average.

If you are doing basic grocery shopping you will pay $4,36 for ground beef and $2,27 for milk, both of which are slightly higher than the average US prices.

On the plus side, potatoes are about 30 cents cheaper and will set you back $3,20.

The general estimation for yearly food costs in Merced stands at about $3,175 and $9,168 for a family of four.

Eating out will always be an expensive way to eat. Luckily, Merced has many restaurants to choose from so you are sure to find something that suits your pocket here.

A meal at an inexpensive restaurant will cost you $15, but if you want to impress your wife on date night, you will pay about $50 for a three-course meal at a mid-range restaurant.

If you are in the mood for a coffee date, a cappuccino will cost you about $4,5. Drink at the pub?

You will pay $5 for a domestic beer and $6 for an imported beer. In fact, beer is on average 4% cheaper than the US average.

The good news is you can get around in Merced without a car. The city is served by the rail passenger service called “The Bus” by Amtrak.

“The Bus” connects local points of interest and offers connecting services between various cities in Merced.

These prices correlate to the national average, which makes public transport the popular travel option in Merced.

If you do want to get around by car, you will pay $,08 a liter for gas (which is higher than the US average).

It has been found that 87% of residents in this city choose to commute to work and almost half of them work in the larger cities nearby.

Traffic is also not a big issue in this city. Most people say that you can easily travel from one side of the city to the other at any time of day.

It is also considered a bike-friendly city, so if you want to get some exercise and do your part for the planet, why not travel via bicycle?

Especially considering you will save the average yearly spend of $11,343 on transportation.

Merced has many medical centers and offers a variety of healthcare options for every person’s needs.

Healthcare in Merced is, on average,1% lower than the national average.

Most prices pretty much correlate with average prices of healthcare needs elsewhere, but there are exceptions.

Similarly, a trip to the optometrist will cost you $127, compared to a US average of $108.

Other medical expenses vary only slightly from the average, where a trip to the dentist will cost you $99, Ibuprofen costs $10 and Lipitor has a price of $502.

It has been found that a single adult in Merced will pay $3,685 on health costs per year, compared to $3,711 elsewhere in California.

So all in all, healthcare is not necessarily more expensive in Merced, unless you pick up a cold or need a new pair of glasses.

Utilities are one of those things you need to budget for on a monthly basis. Let’s look at what it will cost you to keep the lights on.

An average bill for one person is $104 a month and the total bill for a family is about $160 a month.

Other data suggests that a basic utility bill, which includes electricity, heating, cooling, water, and garbage, for an 85 square meter apartment will be about $185.52.

In general, utility bills are slightly higher than elsewhere in California and the US average. In fact, electricity is found to be about 50% higher than the national average.

Internet prices start at about $58 and a prepaid movie tariff is $0.18 a minute.

Merced has 41 public schools and 6 other private and charter schools. The student-to-teacher ratio is 21 to one.

It is also home to the first research university, called UC Merced, which is one of the University of California’s newest campuses.

You will pay about $750 a month to send your preschooler to kindergarten for a full day and primary school for a single child costs about $18000 a year.

These costs will increase if you send your child to a private school.

This correlates with other recent data which puts the monthly income in this region at $2,952.

Given the earlier figures of the monthly cost of living, you can afford to live in Merced on an average salary.

It has been suggested that you can even get by on $1000 a month living here, although this is highly dependent on your individual needs.

It should be noted that Merced falls within a state with a higher than average tax burden.

Your tax will be about $4,424 per year compared to a significantly lower national average of $3,151 per year.

So, are you ready to move to Merced?

This is the perfect spot for someone who wants to live in California on a budget.

Home to students, families, and people from all walks of life, this is the perfect place for the old and young.

The significant difference between the cost of living here, compared to elsewhere in California, means that you will save on everyday expenses.

As a bonus, you will be able to buy or rent property at significantly lower prices.

And since the interest in this city is growing day by day, shouldn’t you act sooner rather than later?